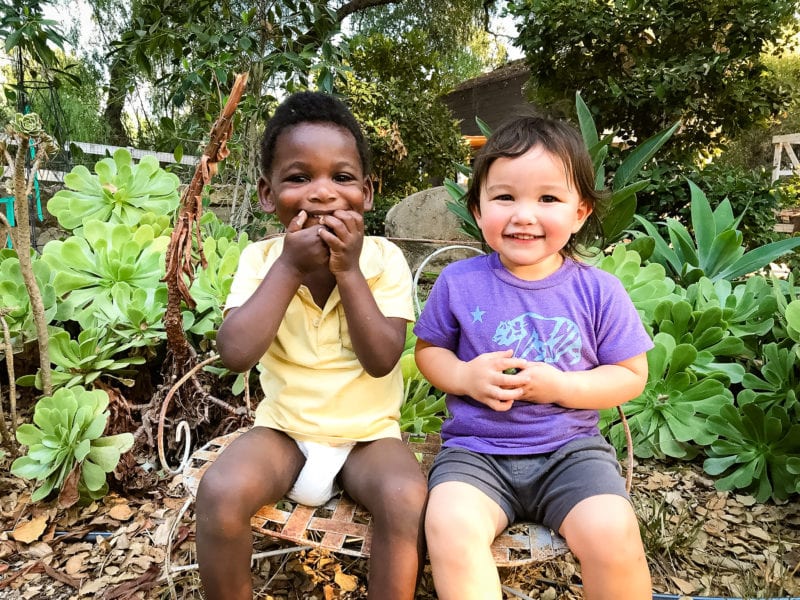 In looking through books dealing with toddlers, one finds several definitions of these very young children. In some cases, toddlers are defined as those who have just acquired the ability to transport themselves in an upright position and are at the toddling stage between creeping and true walking. Often, the toddler years are described as falling between certain ages, but the ages vary considerably. One book popular since its first publishing by the Santa Cruz Toddler Center in1993 is “1,2,3…The Toddler Years.” Their view follows:

“It starts somewhere a child’s first birthday and continues until about the age of three….Toddlers have the right to be respected for who they are now. Not dependent babies. But also not yet [more] capable preschoolers. Respect means:

This is an age when children are constantly on the move. They learn about the world by exploring it. They want to de everything right now, [often] all by themselves.”

Words are extremely important to toddlers, even though they are not yet proficient expressively verbal communicators. Toddlers learn much through imitation – and even more when imitating behaviors accompanied by verbal explanation. Size, space and shape are becoming increasingly meaningful concepts to toddlers. An exciting development during toddlerhood is the growing use of the imagination. In the stage of symbolic representation, toddlers can internally visualize events and objects. This not only allows them a better understanding of cause and effect; it enables them to fantasize, but only in limited fashion. This fundamental pursuit brings their attention to pretending to be something else or imagining that one object is actually another.

They enjoy the familiar, positively thrive on repetition, and are curious, information-seeking individuals. They may want to do more than they can, or than we’ll let them. The way children see or represent things is not like adults. Therefore caregivers should not emphasize “right” answers (that’s really a goat, not a dog) as much as they should emphasize helping children have meaningful experiences, which will enable them to discover their right answers through the process of living and maturing. What is an appropriate response without exception is simple reflection: “You said that’s a dog.”

Movement is especially suited to toddler learning opportunities because it gives them the time and space to experience and discover and to learn by doing. Motor development is one of the most important aspects of their young lives. Walking, running, jumping, climbing, throwing, kicking are their modes of action. As enriching as music is, movement without music allows children to find and use their own personal rhythms. This supports the child’s growing self-concept. That includes what the child thinks about himself in terms of his capabilities, physical characteristics, and self-worth. A child’s self-concept affects everything he does and is greatly influenced by feedback from important people in a child’s life. Toddlers, in particular, tend to seek approval, so adults play an enormous role in helping toddlers to develop positive self-concepts.

Of course, when toddlers are not acting so positively from the adult’s point of view, they are acting to assert their increasing independence as they seek to gain more control over their world. Autonomy, the central developmental issue, is energizing [actually from birth]. It means that which a child has built inside himself; in other words, it is self-confidence, not a “do it yourself” autonomy.

In my parent/toddler groups, mothers and fathers usually reach a point in time where they wonder how their child has learned that most heated declaration, “No!” It is a naturally acquired growing sense of selfhood that thrusts toddlers to display oppositional behavior, with “no” being the operative powerful word. It is important that adults try to provide balance — just enough help and support to allow the child to succeed and feel that she is responsible for accomplishments, no matter how minor. Adults tend to overestimate the capabilities of children as they leave infancy, and expect behaviors that are not realistic. And ironically, young infants’ competencies are usually underestimated.

From 18 to 24 months, toddlers are in the stage of solitary play. From two to three years, however, toddlers become increasingly aware of one another, and though there is still not much interaction, they move on to the stage of parallel play, (the child plays independently, but the activity chosen naturally brings him among other children, playing with objects that are like those the children around him are using, but he plays with the toys as he sees fit, playing beside rather than with), and tend to imitate what others are doing. During this time they begin to display understanding that others have feelings, too. Compassion comes from within, the same as sharing does. My teacher, renowned infant specialist Magda Gerber, states explicitly that when you make a child share, that is not sharing. All this maturation discussed herein is driven by the neurobiology of the individual child’s brain, so you would be barking up the wrong tree to push any value-driven, product-oriented curriculum on children anytime before their later pre-school years.